Today’s Supreme Court ruling is a vile assault on the democratic order.

In finding that Boris Johnson’s proroguing of parliament was unlawful, and that parliament is not prorogued, the 11 justices have made an explicitly political decision in favour of the Remainer elite. They have taken sides. Ignore the utterly unconvincing pleas of the Remainer fanatics who brought this case, all of whom robotically insist that this is not a political decision, just a legal, constitutional one. No one is buying that.

This was a decisively political act by 11 unelected judges who have taken sides against the government of the day, and this opens up a new, dark era in British political life. What we have seen emerge via this judgement is a borderline tyrannical layer in British politics. A layer that stands above everyone and everything, including the government itself. A layer of unrepresentative, unaccountable individuals who have now presumed the authority to strike down actual government decisions.

This instantly weakens any future government’s claim to moral and political authority and their basic ability to relate to parliament, to negotiate treaties, and to act on the will of the people. The precedent set today is that any of that might potentially be subject to the higher, apparently wiser judgement of politicised courts. It is an outrage.

Please read this important article in full at its source – Spiked

This site uses Akismet to reduce spam. Learn how your comment data is processed. 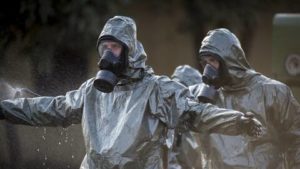